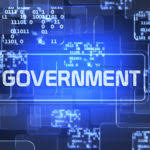 Since its inception in 1952, the National Security Agency has been shrouded in secrecy; for years the White House denied its very existence. For the first time since 9/11 changed everything, cameras go beyond the closed doors of the NSA, deep inside the agencyʼs 2.6 million square foot top-secret compound.

Here, we reveal the agencyʼs critical role in protecting the country, from defending the US military from a cyber attack, to the hunt for Osama Bin Laden. Youʼve heard the conspiracy theories and seen the movies. Now find out what really goes on inside one of the worldʼs most advanced espionage operations with “Inside the NSA”.