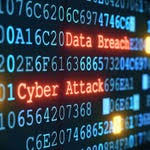 The Health Service Executive has said some health services have been impacted since it was forced to shut down all of its IT systems after a major cyber attack. The ransomware attack was focused on accessing data stored on central servers. The health body said it had taken the precaution of shutting down its systems to further protect them, and to allow it to assess the situation.

The Covid-19 vaccination programme has not been affected by the cyber attack and is going ahead as planned.

There was an immediate shutdown of the HSE’s national IT system early this morning after it emerged it had been subjected to a ransomware attack overnight. Health service providers around the country have been left to assess the impact while continuing to care for patients.

Many hospitals have described situations of being compromised without access to their electronic systems and records, and having to rely on contingency measures such as paper-based systems. In some cases, hospitals have warned of significant disruption with routine appointments cancelled today, including maternity check-ups and scans.

With delays expected to some patient services, health providers are also warning this IT outage could pose difficulties in accessing patient results. The HSE has said it is working to resolve this serious issue with the support of cyber security experts and gardaí.

Tánaiste Leo Varadkar said the cyber attack on the HSE was very serious and the problem could run into next week. The issue has led to Dublin’s Rotunda Hospital cancelling most outpatients visits today. The maternity hospital said all outpatient visits are cancelled – unless expectant mothers are 36 weeks’ pregnant or later. All gynaecology clinics are also cancelled today.

However, the hospital said those with any urgent concerns should attend as normal. The National Maternity Hospital at Holles Street in Dublin has also said there will be “significant disruption” to its services today.