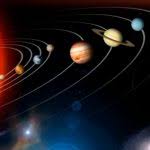 With the first mission to return human spaceflight launches to American soil now targeted to lift off May 27, NASA highlighted the historic flight with a series of news conferences Friday, May 1. The third included Demo-2 crew members Robert Behnken and Douglas Hurley offering their thoughts on the upcoming mission and taking questions from reporters called in from around the world.

NASA’s SpaceX Demo-2 mission is a flight test with NASA astronauts aboard SpaceX’s Crew Dragon spacecraft set to lift off on a Falcon 9 rocket to the International Space Station from NASA’s Kennedy Space Center in Florida.

Updates from the Tor Project