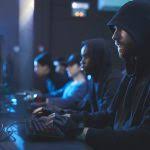 Get ready to be shuttled between story lines at lightning speed mirroring the disjointed lives of the protagonists and life on the Internet. The Hacker Wars is a film about the targeting of hacktivists and journalists by the US government. Hacktivists are either terrorists or freedom fighters depending on one’s perspective on who should control information.

The Hacker Wars takes you to the front lines of the high-stakes battle over the fate of the Internet, freedom and privacy. The Hacker Wars tells the tales of the anarchic troll provocateur Andrew “weev” Aurenheimer, prodigy hacker hero Jeremy Hammond, and incendiary watchdog journalist Barrett Brown three larger than life characters whose separate quests to expose the secrets of empire hurled them into a fateful collision course with shadowy corporations, the FBI, and ultimate betrayal by one of their own.

Updates from the Tor Project