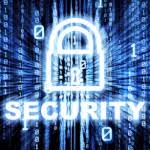 Hacking. Hackers. Disinformation campaigns. Encryption. The Cyber. This stuff gets complicated really fast, but Motherboard spends its time embedded in the infosec world so you don’t have to. Host Ben Makuch talks every week to Motherboard reporters Lorenzo Franceschi-Bicchierai and Joseph Cox about the stories they’re breaking and to the industry’s most famous hackers and researchers about the biggest news in cybersecurity.