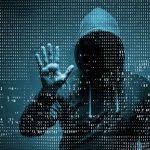 The world is at war with Cyber Terrorists wreaking havoc and costing billions of dollars. Every minute of every day, governments, institutions and companies, many in Australia, fight for survival in combat against cyber criminals. The enemy is not only evil, but also extremely clever in attempting to extort money from often unsuspecting organisations.

Stealth is one of the hackers’ most potent weapons, enabling maximum mayhem and catastrophic damage. Three months ago, NINE, Australia’s largest locally owned broadcasting and publishing company, was attacked.

On 60 MINUTES, Tara Brown reports from the frontline of this extraordinary cyber battle: a sinister infiltration that led to an incredible fightback which tested the best technical minds in the country.