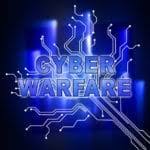 The world is entering a new era of cyber warfare, with cyber and autonomous weapons taking center stage. These technologies are making the military faster, smarter, more efficient. But if unchecked, they threaten to destabilize the world.

DW takes a deep dive into the future of conflict, uncovering an even more volatile world. Where a cyber intrusion against a nuclear early warning system can unleash a terrifying spiral of escalation; where “flash wars” can erupt from autonomous weapons interacting so fast that no human could keep up.

Germany’s Foreign Minister Heiko Maas tells DW that we have already entered the technological arms race that is propelling us towards this future. “We’re right in the middle of it. That’s the reality we have to deal with.” And yet the world is failing to meet the challenge.

Talks on controlling autonomous weapons have repeatedly been stalled by major powers seeking to carve out their own advantage. And cyber conflict has become not just a fear of the future but a permanent state of affairs. DW finds out what must happen to steer the world in a safer direction, with leading voices from the fields of politics, diplomacy, intelligence, academia, and activism speaking out.