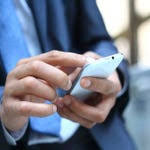 The FBI took control of a communications company called Anom in its infancy and turned that into a wide-reaching honeypot, with the suspected criminal users instead coming to them.

The FBI opened a new covert investigation, Operation Trojan Shield, which centered on exploiting Anom by inserting it into criminal networks and working with international partners, including the Australian Federal Police AFP, to monitor the communications.